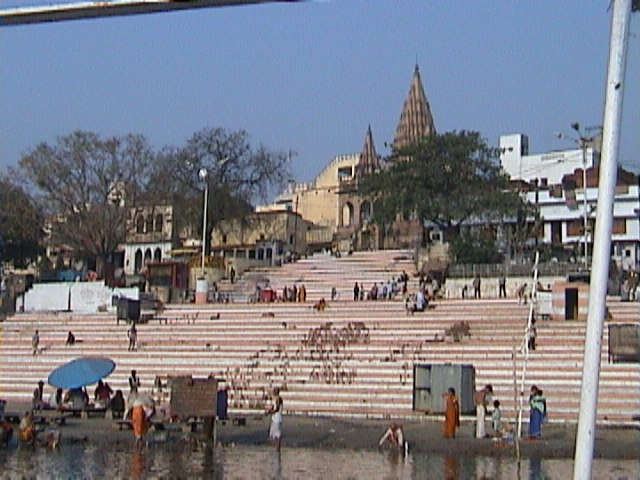 This appeal was made to the High Court as a follow up part of a recently sanctioned Government of India project to make jetties, toilets, shelters, big bathing platforms, parks, kiosks, parking area, greening, 9 metre wide and 635 metre long promenades, as part of an ambitious riverfront development plan on and around Assi Ghat in Varanasi.

Reminding the Varanasi Municipal Corporation and the state government about the Government Order prohibiting construction along the Ganga, Justice Ashok Bhushan and Justice Arun Tandon questioned the added value and sustainability of large scale construction activity on the ghats on the Ganga riverfront Ghats in Varanasi and categorically denied all permission to build permanent structures on the ghats. The Hon’ble judges also expressed serious concern on government sanctioned plans and schemes that destroy heritage, pollute the River Ganga and completely ignore civil laws and Government Orders.

In its counter affidavit to the government’s appeal for permissions to make permanent structures on the riverfront Ghats, the Kautilya Society questioned the soundness of a development plan that followed a top-down approach and did not take into account the protection of the natural, architectural and cultural resource of this unique city of Varanasi and that promoted new construction without protecting, rehabilitating and strengthening existing structures and Ghats.

In response to an appeal by the Kautilya Society, the Hon’ble judges of the Allahabad High Court have asked the Varanasi Development Authority to speed up resolution on cases of illegal constructions that are pending in lower courts as well as to completely demolish the illegal structures that have only been partially demolished by them.

The next hearing of this Public Interest Litigation on 2 September 2013 is expected to include clarifications by the central and state governments on their ambitious plans on riverfront development.