Despite the presence in Banaras of thousands of temples, the centre of religious practice in this city is a vast hidden altar. Most people can’t see it even while moving over it. There is a threshold to cross over in order to perceive it, the threshold of devotion. The altar is revealed to the pilgrim performing purification’s rituals.

It is the altar of the great Sun Temple, that rises on the banks of Ganga-ji, (the name devotees use to refer to their mother, the river Ganges). It is a temple in the form, of an amphitheater, where the ghats form the platforms, the water the altar and the sun is God. Here Ganga-ji, which normally flows eastward, takes a sudden turn towards the North. Banaras is situated on its Western banks where it flows Northwards. That is why the sun rises perpendicularly to the river forming a burning line of light that cuts across the river at dawn.

Though a bit forgotten in today’s Hindu pantheon, the Sun God was at the core of the original Vedic experience. That was the first religion of the Aryans who had declared Banaras to be the holiest amongst their cities, because of its unique combination of primary elements. Here, they worshiped Aditya, Surya the Sun, Usha- the Dawn, and Indra- the Rain with elaborate rituals.

Hinduism has changed in the past five thousand years. It is Shiva and Vishnu, with their female counterparts and their incarnations who are praised in the temples and addressed in the religious songs. Vedic Gods receive little attention in daily worships. But even now the holiest prayer of Hinduism has remained the Gayatri Mantra, the Vedic hymns to the Sum God. It is this mantra that the Hindu devotee recites as he /she rises out of the cold water, eyes closed, facing the warm, rising Sun.
Though over the centuries, temples and palace have been built long the river, such constructions have always represented an a cycle of respect around this sacrifice performed on the altar of the Sun Temple. The kings built their palaces, but bowed before austerity. Wealthy merchants, as well, lived in palaces, but they came to Banaras to adopt a discipline. The flaunting of one’s status was expressed through the promotion of learning the building of schools, the erecting of temples. One came to Banaras to make contact with the beyond, not to exhibit wealth.

The adhesion to this philosophy of life laid the foundation for the architectural and social unity of the Sun Temple which, astonishingly enough, continues to exist. But even if palaces crumbled to rubble, the place would simply return to what it was before, nature’s temple where the sanctifying elements of water, sun and prayers are all that are needed.
For this reason, the Mogul armies failed to destroy the true altar of the temple though they destroyed its walls several times. They may have succeeded only if they had managed to change the course of the river, obliterate the sun rise, of cut the faith out of the hearts of devotees. 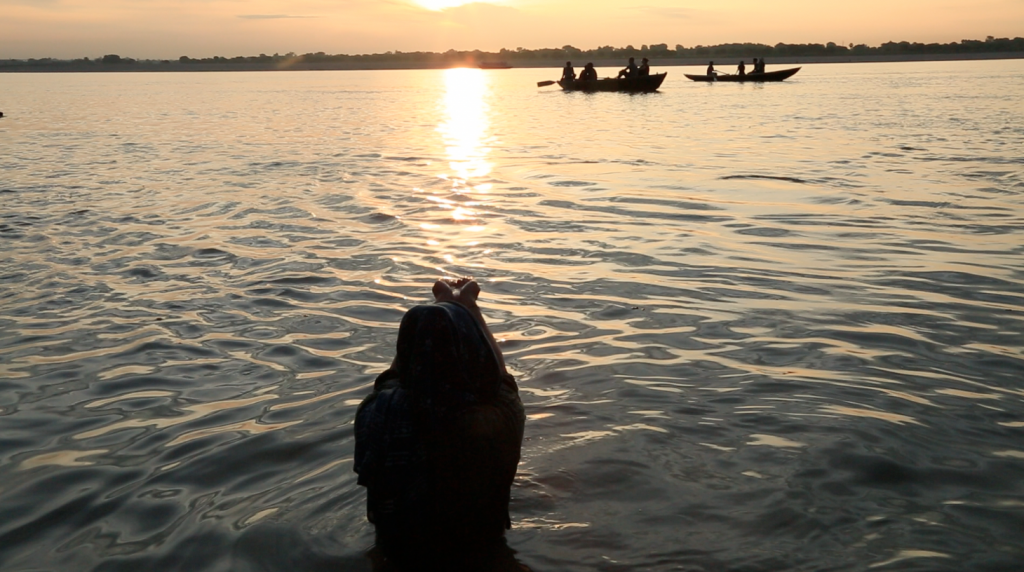